There is no mandatory labeling of genetically engineered foods in Canada despite intensive public campaigning and 20 years of polling that consistently show over 80% of Canadians want these labels.

Update – December 2018: The U.S. government has just published its “National Bioengineered Food Disclosure Standard” which will label some, but not all, genetically engineered foods.

Click here for some responses to arguments against GM food labelling.

There is no mandatory labeling of genetically modified (GM or engineered) foods in Canada despite intensive public campaigning and 20 years of polling that consistently show over 80% of Canadians want these labels.

Instead, a national standard for voluntary labeling was established – but this is voluntary and, to our knowledge, no company has yet labeled their products as containing GM ingredients. 64 countries around the world have some type of mandatory labeling GM food law including the European Union, Japan, Australia, Brazil, Russia and China. 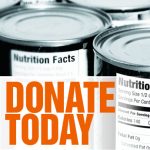 Groups in Canada worked hard for many years to get mandatory labelling but could not succeed when confronted by the tremendous political and economic power of the biotech industry, as recently seen in the U.S.. In 2001, a bill for mandatory labelling was defeated (126 to 91) in the House of Commons after an intense grassroots campaign.

Press Release, May 17, 2017: Groups Call on Grocery Stores to Reject GM Fish and Produce as Parliament Votes Down Mandatory Labelling for GM Foods

The Canadian government’s only response to the overwhelming public call for mandatory labelling, aside from consumer “education” initiatives, was to strike a committee to create a national standard for voluntary labelling. In September 1999, the Canadian General Standards Board formed a Committee on Voluntary Labelling of Foods Obtained Through Biotechnology (which promptly changed its name to the Committee on Voluntary Labelling for Foods Obtained or Not Obtained through Genetic Engineering and then to switched terminology again to Genetic Modification). The committee was an initiative of the Canadian Council of Grocery Distributors – a national organization representing about 80% of grocery and supermarket companies in Canada.

Private Member’s Bill C-291 for mandatory labelling of genetically modified food was voted down in the House of Commons on May 17 – 67 to 216.

Thank you for your action!

Vote Details: 67 MPs voted for the Bill – 261 voted against. Click here to find out how your MP voted.
Take Action: Consider writing to your MP – you can search for your MP’s contacts using your postal code at www.parl.ca

The bill would have established mandatory labelling of genetically modified (GM) foods. Bill C-291 was an “An Act to amend the Food and Drugs Act (genetically modified food)” and simply states “No person shall sell any food that is genetically modified unless its label contains the information prescribed under paragraph 30(1)‍(b.‍2).” It was sponsored by MP Pierre-Luc Dusseault (Sherbrooke, Quebec).

Why don’t we have mandatory labelling for GM foods in Canada?

Press Release, May 17, 2017: Groups Call on Grocery Stores to Reject GM Fish and Produce as Parliament Votes Down Mandatory Labelling for GM Foods

Labelling in the US

The U.S. government has published its rules for mandatory disclosure of some “bioengineered” foods. Canadian public interest and environmental groups are expressing concerns about inadequate and confusing new US government rules to label some genetically modified (GM, genetically engineered) foods, and are calling on the federal government to reject this new US example and adopt full, transparent mandatory labelling instead.

In 2016, the US government passed a mandatory disclosure law for GM foods, called the “National Bioengineered Food Disclosure Standard.” This law preempted state GM food labeling laws, such as Vermont’s law to label “genetically engineered” foods that was already being implemented.

The law sets a bad precedent for transparency and consumer choice. The U.S. “disclosure” standard has many critical gaps and problems and should not be used as a model for labelling in Canada. The new U.S. standard:

In May 2018, the US Department of Agriculture released options for the disclosure law for public comment.June 29, 2018: Click here to read CBAN’s comments to the USDA on the disclosure options.

July 29 2016: As expected, President Obama passed the so-called “DARK Act” (“Denying Americans the Right to Know”) after it had already passed through Congress two weeks earlier. The Act is being called a “compromise” by the industry and a betrayal by the groups that lobbied for GM food labelling. The new legislation is being described by the US food movement as “non-labelling GMO labelling” because instead of requiring companies to put text such as “Produced with genetic engineering” etc. on labels (as was required in the new Vermont law), it allows companies to put digital (QR) codes on packages for reading via smartphones instead. The bill preempts Vermont’s labelling law (companies no longer need to comply with Vermont’s law) that was implemented as of July 1 and stops other US states from instituting their own mandatory labelling laws. The bill will be not be implemented for at least two years while negotiations proceed.

In 2013, an initiative to label GE food in Washington state failed in a popular vote 51/49, after the food industry spent over $20 million to defeat it. In 2012, Californians narrowly voted against labelling in a California Ballot Initiative (Proposition 37) after corporations spent a total of $46 million in advertising. Get an update on US labeling campaigns here.

Labelling Around the World

64 countries around the world have some type of mandatory labeling GM food law including the European Union, Japan, Australia, Brazil, Russia and China.

After a twenty year struggle inside the global food safety body Codex, the right of countries to enact GM food labelling without threat of trade challenge was established in 2011. Thanks to your action and years of work with many groups around the world, there are international guidelines on GM labeling.

The Codex Alimentarius Commission of the UN which is made up of the representatives of government food safety regulatory agencies from around the world, worked for two decades to come up with consensus guidance on GM food labelling. In 2011, in a striking reversal of their previous position during the annual Codex summit in Geneva, the US delegation dropped its opposition to the GM labelling guidance document, allowing it to move forward and become an official Codex text. The new Codex agreement means that any country wishing to adopt GM food labelling will no longer face the threat of a legal challenge from the World Trade Organization (WTO).

National measures based on Codex guidance or standards cannot be challenged as a barrier to trade. This will have immediate implications for consumers. Click here for analysis from Consumers International.

The United Nation’s Codex guidelines on GM food labelling are voluntary and so the guidelines themselves do not compel countries to label (so this will not result in labelling in Canada for example).

Codex Alimentarius means “food code”. The Codex Alimentarius Comission is a UN process established in the 1960s by the United Nationals Food and Agriculture Organization and the World Health Organization. Through Codex, national governments meet to negotiate and harmonize guidelines for food safety assessments and other standards including food labeling. Codex guidelines are voluntary and non-binding but are an international reference point for countries. Codex standards are now the benchmarks against which national food measures and regulations are evaluated in the event of trade disputes brought forward by countries through the World Trade Organization. Consumer organizations are able to register to participate in Codex meetings and can also submit written comments for consideration.