August 2015: A new article in the New England Journal of Medicine argues that assessment of genetically modified food safety should also be tied to assessing the human health risks of the herbicides applied to GM crops. “We believe that the time has therefore come to thoroughly reconsider all aspects of the safety of plant biotechnology…The National Toxicology Program should urgently assess the toxicology of pure glyphosate, formulated glyphosate, and mixtures of glyphosate and other herbicides.”

The International Agency for Cancer Research (IARC) of the World Health Organization (WHO) has concluded that:

“Are GM Crops Better for the Environment?” May 2015, CBAN’s second report in the GMO Inquiry 2015 documents the rise in herbicide use with genetically modified crops in Canada and details the environmental impacts.

“What next after a ban on glyphosate—more toxic chemicals and GM crops? Or the transformation of global food systems?” The African Centre for Biodiversity (ACB), the Network for a GE Free Latin America (RALLT) and the Third World Network. June 2015. A number of countries have already taken action to reduce or halt the use of glyphosate in response to the IARC assessment. While glyphosate is still in use and is heavily relied upon for GM soy production in particular, Monsanto and other biotechnology and agro-chemical companies are already planning for business after glyphosate. A plethora of GM crops that are tolerant to multiple toxic herbicides – including 2,4-D and dicamba – are already approved for the market, while Monsanto has recently sought the potential acquisition of Syngenta, the world’s largest producer of herbicides.

Hidden Costs of Toxic Seed Coatings: Insecticide Use on the Rise, Factsheet, Center for Food Safety, US, June 2015. Scientists have identified pesticides—specifically a group of insecticides called neonicotinoids (abbreviated as “neonics”)—as likely to be an important cause of declining pollinator populations and poor pollinator health. Neonics are the most widely used insecticides in the world, and have been repeatedly shown to have lethal and sub-lethal effects on beneficial insects.

Glyphosate and Cancer Risks: Frequently Asked Questions, Center for Food Safety, US, May 2015

The world’s most used weed-killer is probably carcinogenic – so what? Meg Sears, Prevent Cancer Now, June 2015

Pesticides and Our Health, Greenpeace International, May 2015

Synthetic pesticides have been widely used in industrial agriculture throughout the world since the 1950s. Over time, many of these chemicals have become extremely pervasive in our environment as a result of their widespread repeated use and, in some cases, their environmental persistence. Some take an extremely long time to degrade, such that even those banned decades ago, including DDT and its secondary products, are routinely found in the environment today.

As a consequence of this persistence, and potential hazards to wildlife, effect-related research on the impact of pesticides has increased exponentially over the past 30 years (Köhler and Triebskorn 2013). It is now clear that these effects are wide and varied. Over the same period, scientific understanding of the effects of pesticides on human health and their mechanisms of action has also expanded rapidly, with studies revealing statistical associations between pesticide exposure and enhanced risks of developmental impairments, neurological and immune disorders and some cancers.

Nevertheless, proving definitively that exposure to a particular pesticide causes a disease or other condition in humans presents a considerable challenge. There are no groups in the human population that are completely unexposed to pesticides, and most diseases are multi-causal giving considerable complexity to public health assessments (Meyer-Baron et al. 2015). Furthermore, most people are exposed to complex and ever changing mixtures of chemicals, not just pesticides, in their daily lives, through multiple routes of exposure. Pesticides contribute further to this toxic burden.

Synthetic pesticides are not permitted for use in organic food production. Here is more information on the organic standard in Canada.

Organizations with up-to-date information on pesticide toxicity and related issues: 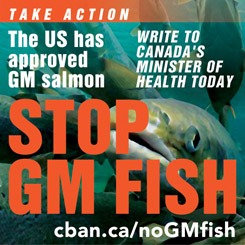 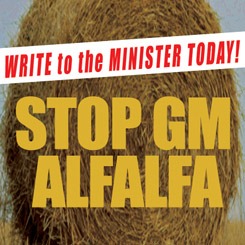 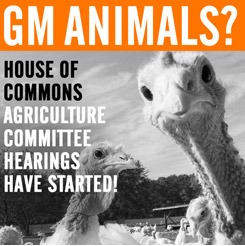 Keep up to date on issues and actions.