Here, CBAN provides some archives in the history of government and industry public relations on biotechnology in Canada.

Between 1997 and 2003, the federal government spent $13 million on biotech communications.

For details and context on the origins and use of these documents read CBAN’s GMO Inquiry report (2015) “Are GM Foods Better for Consumers?” 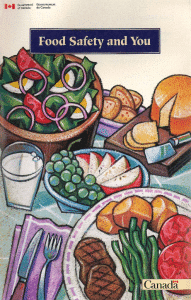 This booklet was sent to every household in Canada by the federal government in 2000.

Food Safety and You. Government of Canada, 2000.

Biotechnology in Agriculture: Science for Better Living. Agriculture and Agri-Food Canada, Circa 2000. 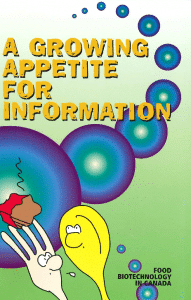 In 1996, the Canadian Food Inspection Agency provided $20,000 for the CAC to produce the “Information Kit on Food Biotechnology” in partnership with the Food Biotechnology Communications Network to “provide consumers with user friendly information on agriculture and biotechnology” and “to help address the needs and concerns of consumers. This information will also be made available to MP’s, teachers, the general public and both national and international organizations.” CAC sent the kit to members of the House of Commons Agriculture and Sustainable Development committees and stated, “Industry Canada is assisting us to distribute the kit to all MPs and Senators.”